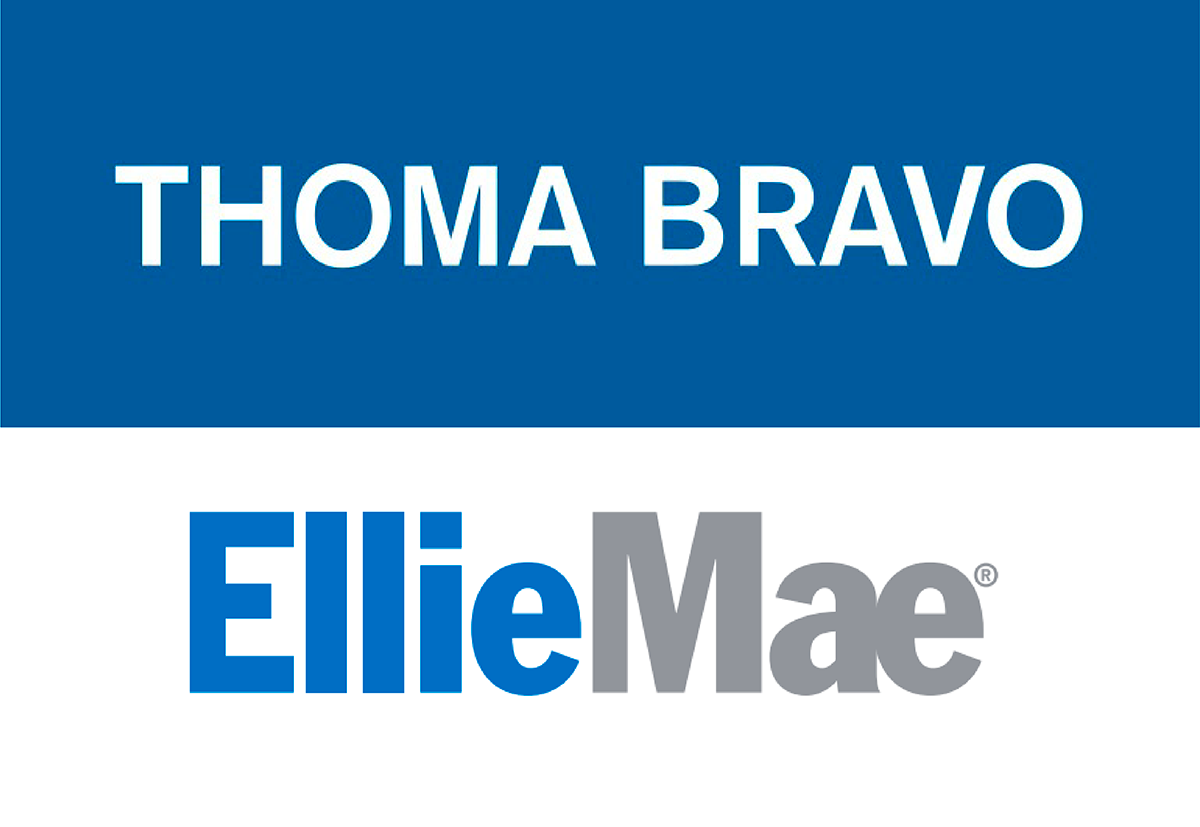 Wow. Just six weeks into the new year, and another monster deal is positioned to shake up the banking industry, this time in lending. If Fiserv’s announced acquisition of First Data wasn’t enough for you, the Thoma Bravo firm acquired Ellie Mae. Interesting for a few reasons:

The mid-February deal is expected to close by the second or third quarter and includes a 35-day period whereby Ellie Mae can seek better bids. The big question regarding the Thoma Bravo/Ellie Mae deal’s viability revolves around the place-your-bets economic forecast on mortgage volume in a churning market. And the first-blush reaction to proposed capital commitments is that the $99-per-share valuation seems high. But who knows?

At least for now, the economic and mortgage forecast is steady, so the valuation is probably close. It’s hard to think of a stronger price/value alternative in the space that doesn’t include at least some hitches. Loan originators pay for Encompass through monthly fees and/or based on volume. That means a significant proportion of Ellie Mae’s revenues swing with economic cycles.

At the same time, Ellie Mae undertakes no mortgage-market credit risks. The company, according to Forbes, has won major market share – quadrupling revenues since 2013, with recurring revenues growing at a 40% annualized rate. By the time Thoma Bravo exits, Forbes asserts, Ellie Mae could experience enough growth to become a billion-dollar-a-year business. And who knows what the value could be. Some may recall 2013, when Thoma Bravo bought Digital Insight from Intuit for $1.025 billion and sold it to NCR four months later for $1.65 billion. One of many accretive acquisitions by the company, the transaction that equated to a cool 5 million bucks a day in value creation, GonzoBankers!

The deal represents a continuing rollup of loan automation providers for Thoma Bravo. Just months ago, Thoma acquired and merged loan origination system (LOS) providers MeridianLink and CRIF. And, Thoma Bravo has had a leading back-office lending process enabler in its portfolio for some time in Hyland.

Overlaps and Complements in the Portfolio?

Ellie Mae doesn’t do nonrealestate consumer loan origination or deposit origination as does MeridianLink. And MeridianLink (via LendingQB) doesn’ t have as much traction in the mortgage lending space as Ellie Mae. With more banks looking to bring their digital-origination solutions into those stodgy branches, these complements are likely positioned to smooth out the overall landscape. With more credit unions diversifying away from indirect auto lending and growing mortgage as a relationship hub, the mortgage/deposit origination combination could prove to enhance value. And Hyland is completely complementary to both Ellie Mae and MeridianLink.

Maybe the ultimate question is whether Ellie Mae and MeridianLink’s capabilities will ever be mashed together with a nod toward the fabled Universal Origination System dream? Both Ellie Mae and MeridianLink’s management team have been investing heavily in improving the front-end borrower origination experience, which, if combined, could allow any bank or credit union to originate virtually every type of consumer related (i.e., non-commercial) product. But, the move from public to private should allow Ellie Mae more breathing room to focus on development vs. appeasing the market.

A Data Gold Mine Within The Ellie Mae Acquisition

Regardless of whether the companies, processes or technology systems are ever mashed up, the data possibilities here are pretty mind boggling. With MeridianLink and Ellie Mae, Thoma Bravo has snapped up the biggest mortgage and consumer loan engines – and just think about all the data flowing through those multi-tenant systems. Not necessarily the confidential customer data, but loan process data on millions of loans across thousands of financial institutions.

If you were going to acquire any two lending automation companies just for the financial institution data, relationship data and consumer data, there probably isn’t any bigger investment pool out there than these two vendors. So, while we’re still unpacking the ramifications of this deal just like we are with Fiserv/First Data … in the meantime, to quote the philosopher Beck:

What do you think about Thoma Bravo’s Ellie Mae acquisition?

Who Owns Digital? Ugh, That’s the Problem for Bankers

The lack of ownership in driving digital transformation is a huge roadblock for financial institutions.   In my digital...

Bank CIOs Must Break Through The Tactical Barrier

A strategic mindset and an updated slate of skills will best position CIOs as successful technology leaders.   In...