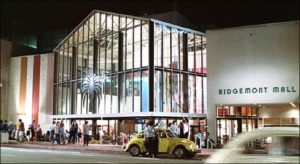 I can’t take credit for starting a trend when I chose to spend more time with family and less at shopping malls this holiday season, but apparently, I wasn’t the only one.

Holiday retail sales reports show declines and announced store closures by Macy’s, JC Penney, Sears and even retail value darling Kohl’s. Best Buy continues to reduce locations and, in some cases, is merging its Best Buy presence inside of a declining list of Macy’s locations. Consolidating inside another consolidator. See a pattern here?

News flash: Amazon is on pace to eclipse Macy’s in 2017 as America’s #1 clothing merchant.

“Siri, please get with Alexa and have a book shipped to me on the decline of physical retail. Wait, just make that an audio book on demand.” 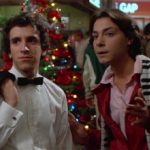 At first, this retail shift under way may sound like nothing new. Several shopping malls have closed in slower growth areas of the country over the years. The days of Mike Damone and Mark Ratner at the mall picking up some Cheap Trick vinyl and talking up Stacy Hamilton and Linda Barrett at the pizzeria are like ancient cultural anthropology. (Author’s note: The fictional Ridgemont Mall from the movie Fast Times AKA Sherman Oaks Mall redeveloped a decade ago into a mixed-use property of mainly offices and restaurants.) 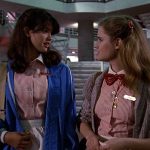 But there is something new and different happening here. This isn’t just clothing sales redirecting to call center and digital. It’s not just malls or the ride-sharing future impact on automobile ownership. And, it’s not just the rise of work-from-home. It’s a cumulative tipping point about where we go, traffic patterns, and convenience.

Amazon can ship clothes, but you have to go out for fresh food or a pint of craft beer, right? Well no, actually. Nation’s Restaurant News recently reported restaurant same store sales dipped 2.4% in 2016 and the trend line has been consistently down. And while unemployment data is debatable, this decline is happening during an economy with real median household income rising by significant percentages over the past couple of years. As Nation’s Restaurant News put it, “Consumers are simply not going out to restaurants like they once did.”

Beyond economics, consumers are changing where and why they commute. So what? This shift is impacting banking in three major ways.

Morningstar reports that more than one-third of all securitized mall loans has exposure to Macy’s, JC Penney and Sears, while another third is exposed to two of the three anchors. Forbes points out that $48.6 billion worth of loans are backed by regional malls, and the loss of a mall anchor store can trigger a co-tenancy clause.

It might be easy to dismiss this trend by noting that leading retail property developer Simon isn’t closing locations. But, as with any portfolio manager, Simon spins off and sells less desirable locations to another company, which very likely will shutter a chunk of properties.

The first question somebody in the bank needs to be able to answer: How are the bank’s loan portfolio, existing pipeline and client revenue concentrated in ways impacted by changes in physical retail traffic?

Beyond the decline in existing bank branch interactions (covered in detail in the Cornerstone Performance Report), it’s important for somebody to understand how the branch and ATM networks are impacted by changing traffic patterns.

The second question somebody in the bank needs to be able to answer: How is the bank’s delivery model dependent on branch interactions for revenue growth?

As traffic patterns change, another area to understand is branding visibility and opportunities to encounter potential customers.

The third question somebody in the bank needs to be able to answer: How can the bank get its message to where the traffic is?

Both examples appear to have measurable business generation, but do they always work? To quote Fast Times philosopher Jeff Spicoli, “I don’t know.” Many are still testing and learning. But, it’s great to see creative approaches to taking the message to the people.

No, the sky isn’t falling for bankers over what used to be Ridgemont Mall. Many bankers have adjusted delivery strategies, marketing mix and performance scorecards to thrive. But, even for the high performers, it’s good to stay restless.

Whether to a store, restaurant, or your own front door – safe travels in 2017.

Author’s Note: I’d love to see comments of approaches that you have seen work. I have a Gonzo t-shirt for the first two commenters with great ideas. And since this blog is about traffic change, there’s no need for pickup at Gonzo HQ in Scottsdale. We’ll ship your shirt straight to your doorstep.