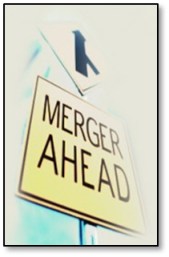 A number of industry studies conducted over the years have concluded that the majority of merger and acquisition transactions do not create shareholder value. Many of these M&A failures are attributed to an inability to meld the cultures of the two organizations. While every executive undertaking a merger transaction intuitively understands the importance of culture, most leaders relegate this responsibility to their human resources and integration managers and merely include a few “kumbaya” sound bites in employee communications. Leaders who truly succeed with mergers make the effort to uncover the root causes of culture clashes so they can be addressed and resolved in very deliberate ways.

There are two distinct flavors of culture clash that banks must avoid to increase the odds of merger success:

As more traditional M&A deals take place and opportunities for government-assisted deals evaporate, creating value will depend more on the dirty-fingernail integration of the banks and less on paying a super-low price and looking to the government to absorb the losses. 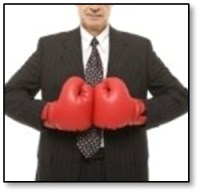 Transaction Clash focuses on the fact that organizations cannot consistently articulate what merger success looks like in the first place. Banks typically have one group of dealmakers who have modeled out the value drivers – cost saves, acquisition costs, and earnings and capital accretion/dilution targets.

On the other hand, we have the operational folks who do the heavy integration lifting. Many times, integration leaders are hamstrung from the very beginning because no one has taken the time to specifically spell out the way the dealmakers hope to create value. Transaction Clash is avoided when the integration leaders have clear parameters from the dealmakers regarding staff savings, facility consolidation, contracts to renegotiate, revenue lift and product simplification. Integration teams also need to understand how the bank’s leaders define merger success from the customer point of view. Service availability, customer satisfaction and retention goals should all be part of a strategic integration scorecard. When integration teams lack a clear definition of goals, they’ll make it up themselves – or just claim ignorance. In many instances, success is described by integration teams as mere activities (“We have shut down a system and migrated the information over,” or “We have closed 11 branches.”) Unfortunately, there is no reconciliation that these milestones align with the original deal parameters. Far too often, highly paid management teams overseen by experienced boards lack a disciplined approach to marrying the dealmakers with the integration soldiers. They simply slam together a deal and say, “Yep, it looks good so let’s declare victory and have our closing dinner with big steaks and great wine.” Simply put, money is left on the table when Transaction Clash occurs.

Transaction Clash can be avoided by two best practices:

When it comes to the Integration Clash of two merging cultures, success depends on three key areas:

At the end of the day, these three areas center on putting in place the right rules of the road for the merger integration process and communicating them early and often. For example, one simple but impactful policy decision to define early is signing authority for contracts and expenditures. This area doesn’t get a lot of early consideration, but it sets the tone that things will be different and gives people a better sense of how the organization works.

Technology platform selections can obviously become great “holy wars” in a merger process. These internal conflicts over technology are frustrating because these decisions should not be about technology but rather about the processes around it. The breakthroughs in technology integration occur when the merging banks ask two simple questions:

Integration Clash also occurs when leaders do not create consistent and transparent integration plans across all functions. Best practice leaders leverage a common integration planning framework in which teams develop integration issues, efficiency and performance targets, and integration milestones for all executives and stakeholders to see. Quickly addressing what each function’s organization chart looks like, 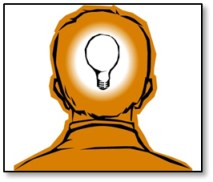 where the function will be housed, which applications it will use, and what its post-integration operating budget will look like can significantly reduce the gossip surrounding the unknown that can lead to Integration Clash.

While banks can never eliminate the emotion associated with a merger or the anxiety with an integration initiative, fact-based analysis to define the end state that is best for customers and employees will reduce the level of culture clash and align the combined organization around key performance metrics that need to be hit.
-vh

Wrap Your Mind Around This

From the early stages of negotiation and due diligence to when the final deal is struck, an “integration mindset” is critical to a successful merger.

Cornerstone Advisors has the experience and tools to help you adopt an integration mindset. As part of the process, we:

Visit our Web site or contact us today to learn more.