Acquire or Be Acquired 2018: Breaks, Bulls and Business Models 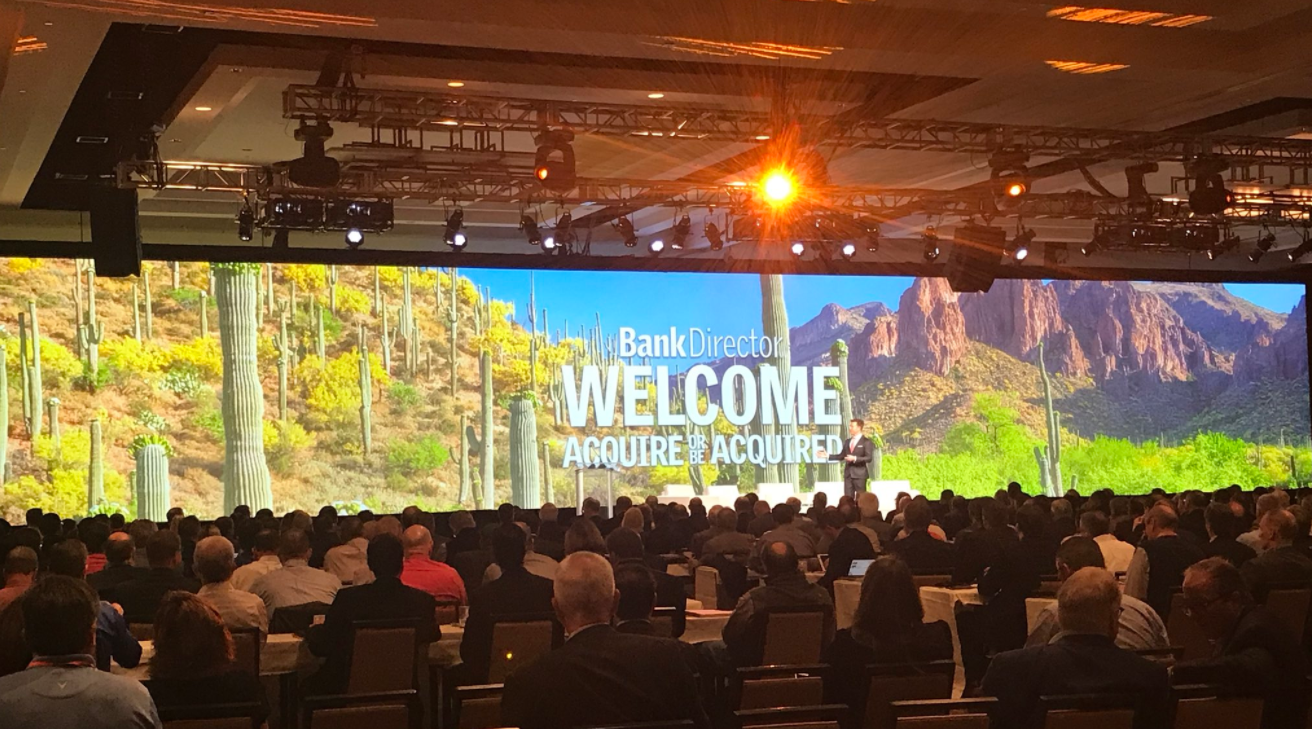 Nothing seems to put a bounce in a banker’s step more than a tax break and regulatory relief, and this bountiful energy was radiating at Bank Director’s annual “mecca” for bank M&A in Phoenix last week – Acquire or be Acquired.

For those in the know – simply AOBA. Imagine one big party of more than 1,000 larger bank acquirers, smaller bank potential sellers, salivating investment bankers, and pen-in-hand attorneys full of big grins and big plans for 2018. The chatter at AOBA centered on three important topics:

Bankers understand that the recent passage of the Tax Cuts and Jobs Act of 2017 will markedly change shareholder and Street expectations. Many commented at AOBA that the “new normal” for return on asset performance will climb to 1.2%, and that clearly investors want to see a) increased cash flow in the form of dividends and b) earnings per share accretion in the form of massive stock buybacks.

At the same time, most bank executives agreed that a 20%-25% increase in earnings from the tax break is being earmarked for investments in their franchises: market expansion, raises for employees and, of course, technology investments. Big announcements like JP Morgan Chase’s to hike the pay of 22,000 workers and build 400 new branches certainly had bankers inspired to show some level of investment and even civic leadership from the tax break.

In addition to a historic tax cut, bankers were equally excited by the shifting winds and tone of the regulatory environment. After years of pain and heartache around the letters C-F-P-B, bankers were ecstatic at the appointment of “hands off” Mick Mulvaney as interim director of the Consumer Financial Protection Bureau and his decidedly “non-Cordray” approach to financial regulation. However, it’s more than just the post-Cordray era that has bankers hopeful about the future. Consumer Bankers Association’s Richard Hunt concluded that a “regulatory dream team” is forming around Mulvaney at CFPB with:

While no one attending AOBA imagined a major rollback in legislation, the real benefit is expected to come from changes in style by the regulators. Jim McAlpin from Bryan Cave LLP noted that the bulk of regulatory relief would come through a more rational examination process from the Fed, OCC and FDIC – clearly welcome news for those who fell victim to armies of examiners in conference rooms over the past decade.

With solid earnings and the expectation that the economy will strengthen in the next 12 months, bankers are feeling bullish about their prospects to grow and do accretive deals.

Some of our industry’s most interesting deal-makers also happen to be our more colorful, entrepreneurial bankers. John Allison of Home BancShares talked about how he likes to see “skin in the game” from both executives on his team and his commercial real estate borrowers. Allison bragged that Home BancShares has created more millionaires than any company in Arkansas [Note: we may need to fact check that with Walmart shareholders]. Robert Sarver of Western Alliance Bancorporation said he started his company after being “unemployed” for two years after selling a previous bank – his wife was just plain tired of him wandering the house in his PJs. Sarver grew Alliance from a small $700 million community bank acquisition to a $20 billion powerhouse in less than 15 years. Prosperity Bank’s David Zalman quipped about taking his company public at $300 million in total assets and dreaming about someday being “as big as $1 billion.” Prosperity is now $22 billion with an unbelievable $5 billion market cap.

These stories and personalities illustrate that entrepreneurship and value creation are alive and well in banking, especially in the mid-size space where banks are acting as both the consolidators and magnets for big bank talent who want a next turn at building the new regional banks. Yet, while the bankers are bullish, they face big near-term challenges that can stop the music at the party:

Banks have driven earnings by turning on the lending spigot in the past seven years, but with rates rising, funding has become the front and center strategic challenge for banks. 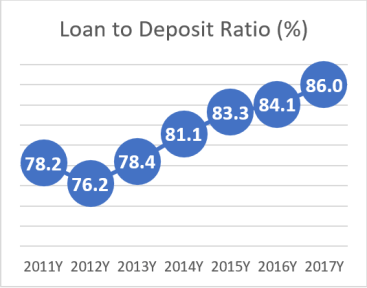 The brutal truth is that no one really knows the price elasticity and duration of core deposits as rates rise in a mobile-first world – it’s never happened before! When people can move money with the click of an app on their phone, we may have to redefine what it means to have “core” deposits.

What’s more, most mid-size and community bankers have been so enamored with commercial real estate and commercial loans that they lack the sound retail funding strategy and the treasury management solutions to be ready for the next round of funding competition. As Kirk Wycoff, Managing Partner from Patriot Financial Partners pointed out: 50% of a mid-size commercial bank’s deposits are retail. There is a lot of planning and execution work around funding that needs more focus than the next big loan deal and mid-size banks appear to be ill-equipped right now to articulate their retail funding strategy over the next five years.

While many banks have seen loan volume grow in a low rate environment, this cycle has clearly peaked. Many banks are at or past the regulatory “suggested” 300% of total capital and can’t pull this revenue lever any more. While some players may elect to blow past these thresholds and conduct constant regulatory negotiations, the plain truth is that other diversified revenue sources need to be fostered by bankers NOW!

While it’s great that bankers enter 2018 on solid ground, Second Curve’s Tom Brown had a clear class warning: “Never confuse brains with a bull market and tax cuts.” The truth is that in the middle of all the good news, bankers face a clear, more pronounced reckoning in the years ahead regarding their business model.

It is always somewhat awkward to see a sea of mostly middle-aged males (the authors included) pontificating on industry disruption and what resonates with younger Millennial and Gen Z consumers. It was another year full of personal anecdotes from speakers about their children preferring Venmo or their own “cool” Uber ride rather than buying a car, but talk was very light on how these same executives are marshalling resources, decisions and talent around responding to the digital and data shift. While the buzzwords “data” and “analytics” were bandied about with some regularity, the GonzoBankers here at Cornerstone Advisors were anxious to hear how an actual bank was using customer data and powerful analytics tools that exist today to change their business model. Sadly, the silence was deafening.

Hats off to the team at Bank Director for working to put FinTech clearly into AOBA – Cornerstone’s own Vincent Hui facilitated a panel of smart tech leaders. Yet, it’s hard to see if this message is resonating enough with bankers who are literally swimming in legacy earnings today. One interesting observation from a banker in the hallway: “I heard the phrase accretive book value per share 10 times more than I heard the word customer.”

The wind has clearly blown in the right direction for bankers the past 12 months. Importantly, Bank Director’s annual pow wow indicated that many bankers see entrepreneurial opportunities and have fun growing banks. Yet only astute GonzoBankers will understand that the most critical attention for executives needs to happen outside of the senior loan committee and the next accretive roll-up deal. The regional bank CEOs who tell great stories 15 years from now will move swiftly past Netflix anecdotes and build their banks around customer experience, data and analytics, deep knowledge niches, and levels of operating efficiency that would be hard for any of us “seasoned” bankers to imagine.

Things are great in the world of rolling up legacy banking – but it’s time to start designing and executing on the next legacy… fast.